Here’s a sampling of what clients said about attorney Francis Ostian’s liquor license expertise and counsel:

Francis Got an Alderman to Lift a Local Law to Help Get a Package Goods Liquor License for a 32,000 Square Foot Supermarket

“My boss, Stan Urbaniak, hired Francis to get a liquor license for Montrose Deli. It’s a 32,000 square foot supermarket on the Northwest side of Chicago.

He hired him because we had a big problem.

But, Francis figured out a way to get the liquor license moratorium overturned. He worked with our Alderman to get it lifted, and then got us our liquor license.

But that’s not all. He also got us our Sunday Morning Liquor License.

So, now, we can sell alcohol an extra two hours on Sunday morning.”

He helped me procure 19 or so liquor licenses for our restaurants. This includes Roots on Chicago Avenue, the West Town Bakery & Diner and our new Roots restaurant on Lawrence Avenue.

Just know; he also helped us get one of the hardest liquor licenses to get in Chicago. And that is a liquor license for a Rooftop Outdoor Patio.

He’s smart and always has come through for us.”

“I applied for a restaurant liquor license on the Northwest side of Chicago and got denied. I got denied because the City thought I was going to run a nightclub instead.

So, I hired Francis Ostian.

And, right away, he advised me to bring my Polish food to court. In other words, I fed the judges with delicious Pierogis to prove I was going to run a restaurant. And won!

Point being, he proved to the City that I was going to operate a restaurant and not a nightclub. And, as a result, I got my liquor license.

By the way, I now drive a Bentley… THANKS Francis!”

Restaurant Within 100-Feet of a Church Still Gets Liquor License! How’s This Possible?

“Francis has been my liquor license attorney for over five years. And, I wouldn’t use anyone else but Francis.

That’s because he has gone to battle for me on several occasions and succeeded.

For starters, he helped me get a liquor license for an Irish pub—which was very tough-to-get because it’s located in the Gold Coast area.

He also legally overcame a restriction to get us a liquor license for an Outdoor Patio close to a church.

That’s right—a church. I don’t think any attorney other than Francis could have pulled that off!

In addition, he assisted me in situations that involved the sale of a business. For example, he helped me sue my landlord because the landlord wouldn’t accept the buyer as a new tenant.

So if it wasn’t for Francis’ skilled litigation efforts, I wouldn’t have been able to sell my business.”

Cigar Shop Owner Gets the Hardest Liquor License to Get in Villa Park: A Tavern License Next to His CIGAR SHOP… And a Money-Making Video Gaming License! 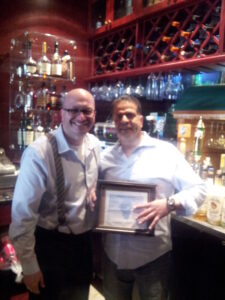 “Francis is incredible. He got my bar license for Ultimate Cigar Lounge at 137 E. North Avenue in Villa Park.

Thing is, he had to persuade the Village of Villa Park that I was going to operate responsibly because the Village Board routinely doesn’t give out new liquor licenses.

Bottom line: He argued my case and the Village Board voted in my favor, granting me my bar liquor license. Then he got me a money-making Video Gaming license.

Thanks Francis for all you did for me.”

At Last, Entrepreneur Can Legally Manufacture Korean Sake in America

“Francis helped me get a federal and state liquor license, so I could be the first brewery in the United States to manufacture Korean Sake called Slow City Makgeolli.

If it wasn’t for him, I could never have got these liquor licenses. Because of Francis, I sold my Sake in many grocery stores.

His remarkable skills will help you get your liquor licenses, too.”

“Mr. Ostian was our litigation attorney when the city of Chicago wanted to shut down the Green Dolphin Nightclub for over capacity, shootings, and narcotics charges.

He fought for over seven years against these charges in court and kept the Green Dolphin open.

“He’s nothing short of amazing!”

“I signed up to receive the e-book, “10 Essential Things You Need to Get Your Chicago Liquor License.”

This fascinating guide is packed with great information, and takes some of Chicago’s most obscure laws around the sale of alcohol and makes them understandable.

Even better, Francis shows how you can save yourself a lot of hassle and save money by getting the right kind of license for your restaurant or business.

In marketing, I help my clients find the right people and resources to help their businesses grow. I would highly recommend this guide to any Chicago restaurant owner—this is a resource you won’t want to miss out on.

And Francis is the expert to hire when the time comes to get your liquor license.” 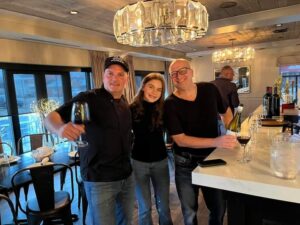 “I hired Francis to get a liquor license for my Italian restaurant on the north side of Chicago.

Fact is, he got me my restaurant liquor license FAST, and my business is doing great.

In addition, he helped me negotiate my lease and fill out all of the complicated financial forms.

What I liked most about him was how he knew everybody at City Hall – which is where you have to go to apply for a liquor license. He knew all of the liquor case managers who handle the liquor application for the City.

Needless to say, his experience and contacts is what got me my license so fast.”